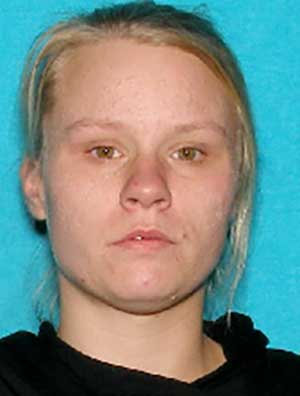 BUNKER HILL, IN– Warden William Hyatte confirms that a female visitor was arrested at the Miami Correctional Facility (MCF) yesterday for conspiring to traffic with offenders.

The Division of Investigations and Intelligence at Miami Correctional received intelligence suspecting Amber Scott of Indianapolis, of trafficking narcotics to an offender during visitation. Information was discovered during a phone call between Amber Scott and an offender by investigations staff. It was also discovered that Ms. Scott had an active warrant out of Howard County.

Ms. Scott was taken into custody by a Correctional Police Officer on the warrant when she came to visit. Investigators interviewed her about possessing contraband during the interview and she admitted to having it on her person. Investigations recovered a small amount of methamphetamine, heroin, and Xanax pills. She also admitted to staff that she had narcotics and drug paraphernalia in her vehicle. Investigation staff, with the help of an MCF K-9 member, additionally found syringes, heroin, and methamphetamine in her vehicle.

“I want to thank the staff at the Miami Correctional Facility for their hard work during this investigation. As a team we worked with multiple divisions and were able to keep dangerous drugs out of our facility,” stated Warden William Hyatte.